The French House in Soho may be atypical for it only serves beer in half-pints but it is also quite distinctive for people like General Charles De Gaulle, who is believed to have written the “À tous les Français” speech in here, Francis Bacon and Lucian Freud have been regulars over the years. I am not meeting up with a psychological nor with an Irish-born British figurative painter but I wonder if this Irish-born duo of brothers, Harry, 20 and Alfie, 18 will eventually make it into the list of the famous persons who hung out in this pub.

Hudson Taylor is a phenomena born on the streets, sensationally spread all over YouTube and making its way into a music business that recently has been welcoming to artists like Jake Bugg, whom they are supported during his UK tour, The Lumineers and Mumford And Sons. What is magical about these brothers is how their breakthrough happened purely as a result of word-of-mouth, from busking on the streets to number 1 on iTunes Ireland with their debut EP “Battles”. 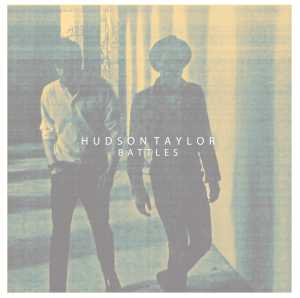 We all have a half-pint of Guinness, of course, and Harry, with his guitar under the seat, opens up about taking the road of busking instead of talent shows, apparently the key to fame for their generation. “At the beginning it was a way to take the load off our parents. A lot of people would move to New York, L.A. or London, and if it doesn’t work out, they have people telling them you can always come back home. For me it is not a nice thing to say, you should encourage people to face challenges. We are lucky to have each other to get through the hard times. Even if we were living on 30 pounds a week when we moved here, it didn’t make it any less enjoyable. We did not make it, this is just a start”. Being Irish also seemed to help during the big move, “any country you go people receive you well, nobody hates Irish, every country in the world has an Irish pub” and we cheer to that as Alfie, with his chunky green trainers and oversized jacket, remarks “I tried the accent technique when I moved to London and everything worked out”.

Talking like very humble young men for their age, Hudson Taylor know quite well that they are seizing a once in a lifetime opportunity and they are doing so by simply living out their passion: music, a constant in their lives as their dad brought them up with classics like The Beatles, The Beach Boys and Simon And Garfunkel, “I still turn on those records, I have my road trip album, walking through London album, most of them are 50’s, 60’s, 70’s stuff. That was a time in music where people were expressing themselves in a similar way me and Alfie do. I grew up on the White Stripes as well, I like an independent feel to music”. For Alfie it is more like a chill out experience, “I listen to a wide variety of music but when I am cooking and I am clean in my head I still listen to those oldies”.

Being brothers also means arguing over a can of soup, yes they did, but when it comes to creating music Alfie has no doubts, “We know each other so well so it helps the song writing. We have a lot of songs written by us for the album, it keeps on changing but we are gonna stick to the simplicity and writing about being grateful for what it is happening. We don’t have time to think about what is going on and when you are so busy you risk taking things for granted. We are just excited about everything being so positive at the moment”.

Songs like “Drop Of Smoke”, aka London, and “Care” are just about those relatable feelings accompanying us when we move away from our families, certainties and securities. Being young and popular turned out pretty badly for some pop stars but Harry seems confident in discerning what is real from what is not, “I am very thankful that my family and parents are very supportive of what we do. It is not the most secure journey and only a small percentage of people actually succeed and it is hard for a parent to accept it. I never got into this business to become famous or to be on the front page of magazines and tabloids. I do recognize that it comes with the package but you have to work for it. We have been working for 4 years and we just started it as a full-time career in the last 2 years. Relationships and friendships will get tougher but if you have real true friends I think you don’t have to see them all the time, you might see them after a year and you can start off where you left”.

Their sweet, harmonising vocals fuse classic and contemporary influences to create a raw, folk-melodic pop, at times stomping and spirited, at others stripped back to only acoustic guitars. I want to ask them what does make their specific kind of music so successful at the moment and Harry goes straight to the point, “When music is played on traditional instruments it resonates with people because it is a lot more accessible and they can try to play it. You can go on the beach and entertain people with a guitar basically. You can’t go with your DJ deck and speakers cause you need a table, a power supply and at the end of the day if there was no electricity, I am sorry Calvin Harris but you wouldn’t be able to do anything. People with the guitar would be able to do an acoustic version of your songs and that is invaluable”.

They are a living proof that talent and passion can get you from, literally, the streets to a full-time job that you actually love. “It is very important to know what you want and be passionate about it, no matter what people say, just take it on board and figure it out for yourself. Music is not an easy route but it is not impossible. You do it because you love it and this is the only reason, not because you seek fame and fortune”. This applies for any kind of career, according to Alfie, “if you want to do something and you think that you are good at it just keep practicing and work at it. Your passion could get you to a stage where you could live on it”. Cheesy philosophy? They agree it may sound like that but I think that wisdom does not have to be complicated and if they will manage to keep their sane balance between family and career as they did so far, there is nothing they cannot achieve as musicians and songwriters.